What is an inherited disorder?

Also called an inherited disease or inherited illness, you can't catch it from someone else. Instead, you inherit it from one or both of your parents. It happens because the DNA instructions they passed on make you ill.

What do you mean "passed on"?

When you are conceived, you are given one set of DNA instructions from your Mum. You are given a second set from your Dad. These are all the instructions your body needs to first become a baby, then after you are born, to grow up and become you.
This is called inheritance. You inherit your DNA from your Mum and Dad.

But how does DNA make instructions?

DNA is made up of four different chemicals that scientists call nucleotides. I call them the Dinky Amigos.
They are: Alina, Tristan, Gina and Crispin. They also have loads of cousins - billions in fact. It is your Dinky Amigos that are responsible for making the instructions in your body (and sometimes for making you ill). 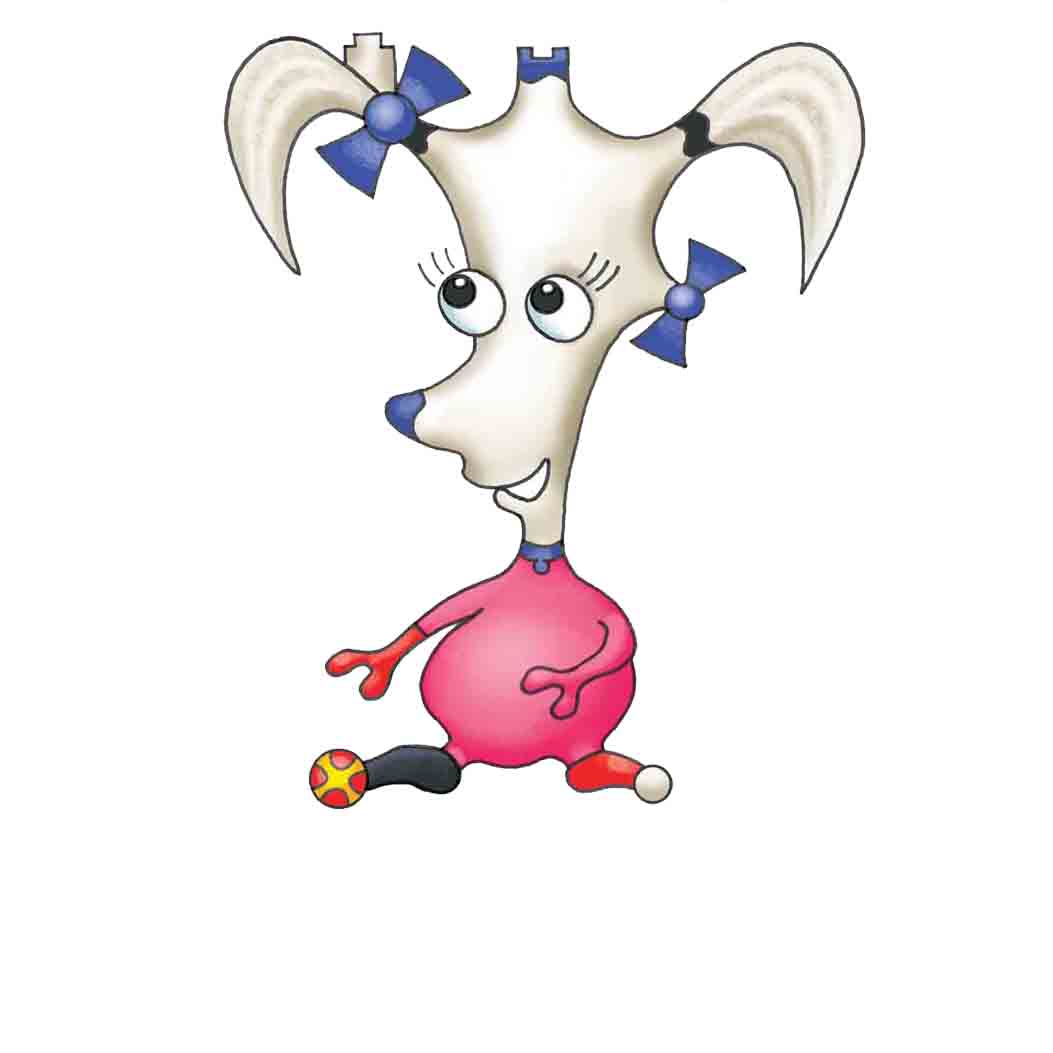 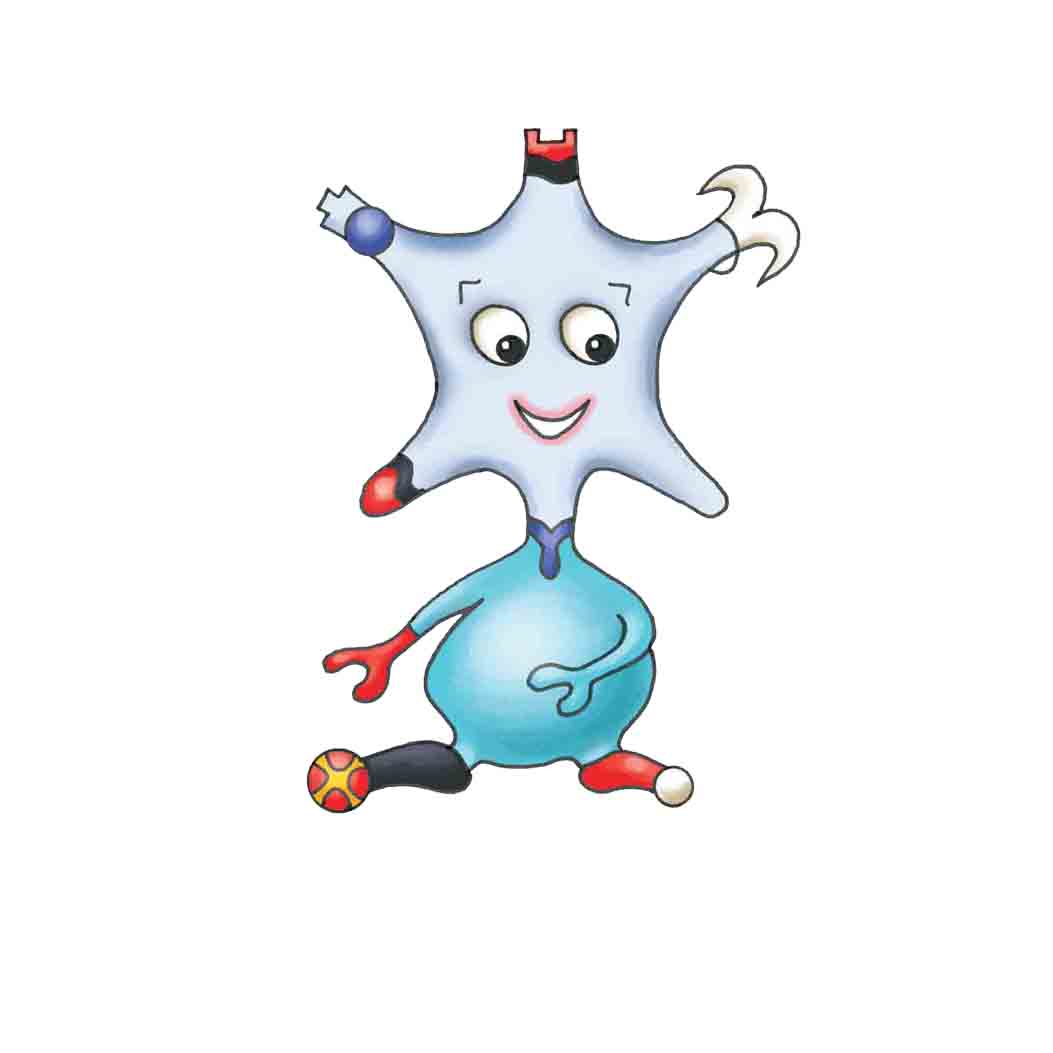 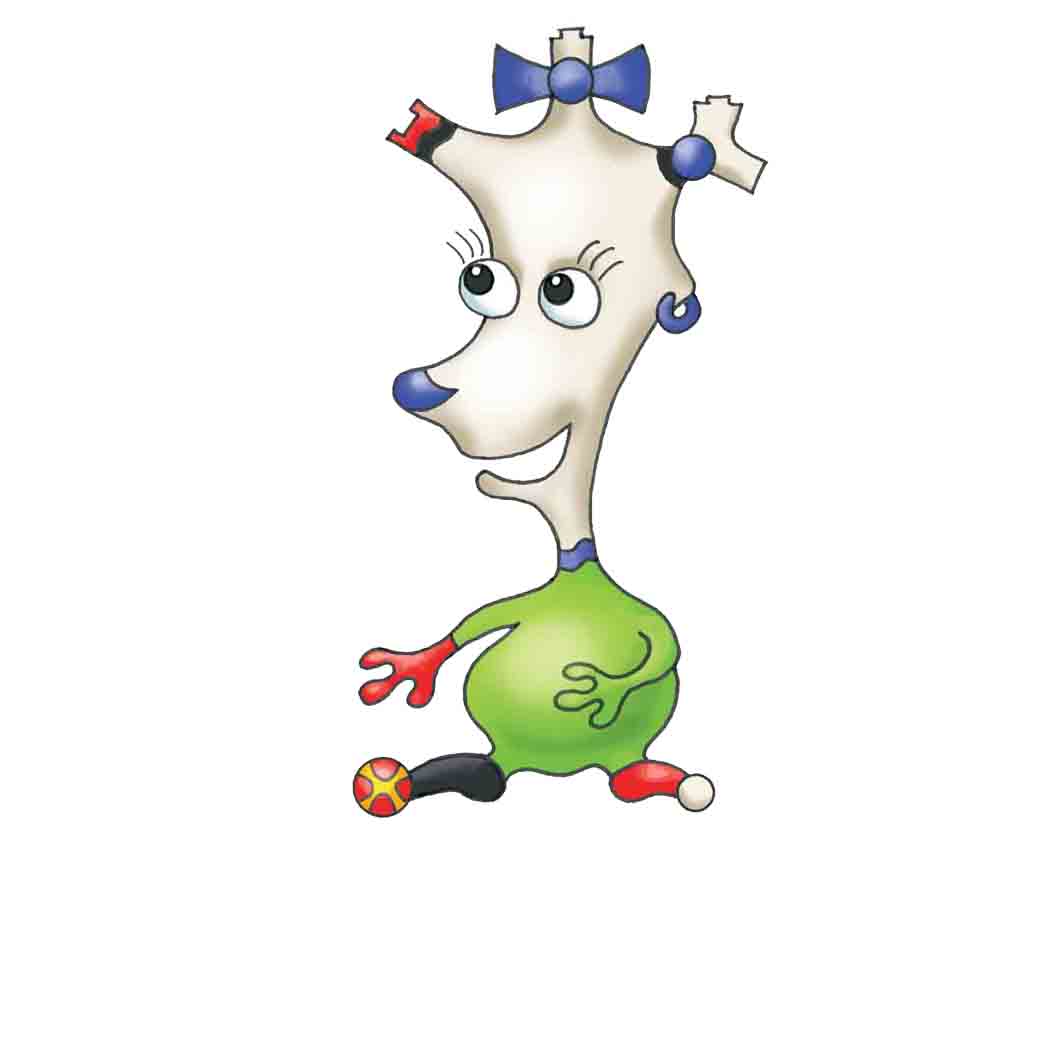 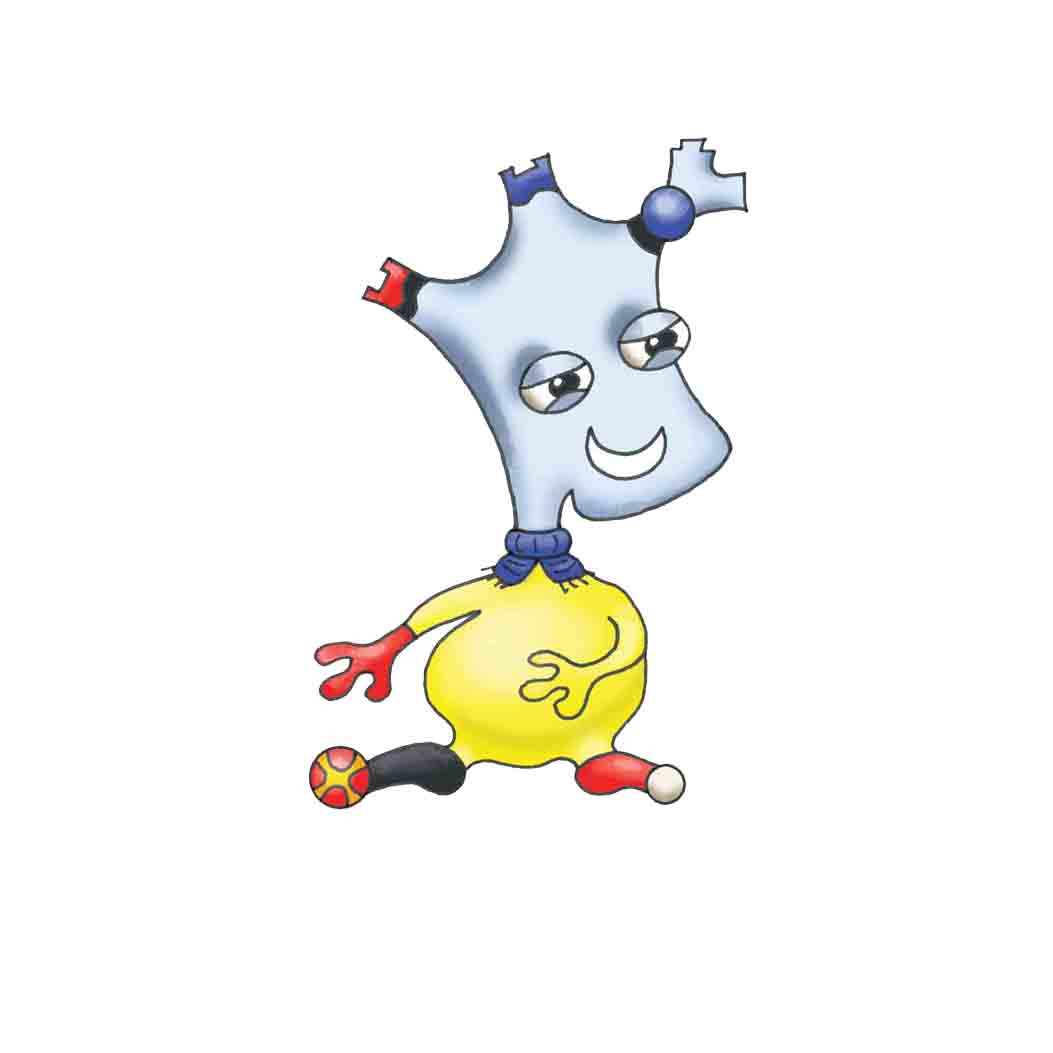 Crispin
There are lots of instructions in your body and they all do different things. Most of your Dinky Amigos like ordering the others about. They make instructions to control what goes where. You wouldn't really want an arm growing out of your head or an hairy elbow, would you?

Your body is made up of lots of tiny units called cells. There are lots of different cells and they carry out different jobs in your body. For example, skin (or epithelial) cells make sure you are waterproof on the outside and brain cells (or neurons) control your movement as well as your thinking and learning.

The Dinky Amigos live in a special part of each cell called the nucleus. To give their instructions they line up in a particular order.

If the order has been mixed up, the instructions the Dinky Amigos give to your body might be a little different. Sometimes these mix ups  (called variation) might stop something in your body from working properly and make you ill.

One of your genes is called CFTR. The Dinky Amigos in this gene make the instructions for a gate. This gate lets things in and out of the cell. One of the really important reasons for this gate is so that the body can make sure it has enough water. (Water is really important. You need it for EVERYTHING!)

The most common cause of Cystic Fibrosis is the disappearance of THREE of your Dinky Amigos from the CFTR gene.  Without Crispin, Tristan and their cousin Trevor, the CFTR gene is missing the instructions to open the gate so water can’t get in or out of the cell.

(Imagine you have a drawer or locker at school and it has got stuck. You try to open it but it won’t budge. All your really important school books are in there as well as your sneaky bar of chocolate. But you CAN’T get in.  So you CAN’T get anything OUT.  To make things worse, your teacher has just asked to see your homework. Aaaaaaaaaaaaaaargggggggghh!)

Both parents give you a CFTR gene so you have two lots of instructions to make the same gate. If the instructions from one parent don’t work, it doesn’t matter because you can use the gate from the other parents that does work.

If the instructions from both parents have missing instructions, neither gate will open and you will have severe breathing and digestive difficulties. This is Cystic Fibrosis and you only become ill if BOTH parents give you a CFTR gene that doesn’t work.  This makes it a recessive disorder and you have a 25% chance of inheriting it from your parents.

One of your genes is called HTT. The Dinky Amigos in this gene make the instructions for a control centre. This control centre is really important to make sure that all the messages that your body sends to itself each day get to where they need to go. This is especially important in your brain.

Sometimes, though, too many cousins try to help. This DOESN’T work and the messages get sent to the wrong places. Some  messages don’t even arrive at all.

(Imagine you are making a sandwich. If you are doing it by yourself, you might get the bread, put in the filling and cut it in half. If you have a couple of friends helping you, one of you might get the bread, one might put in the filling and one might cut it in half. But imagine if 20 of you were trying to make that same sandwich. Several people might grab the bread, ripping it in half. Too many people would be adding the filling and some of it might end up on the floor. And as for cutting it in half – the sandwich would get chopped into little pieces and, if you weren’t careful, your fingers might be too. The sandwich would be a disaster!)

If the messages become too mixed up, your brain will get thoroughly confused and your body will start doing things it doesn’t mean to. This is Huntington Disease and you can become ill if only ONE parent gives you an HTT gene that doesn’t work. This makes it a dominant disorder and you have a 50% chance of inheriting it from your parents.

Join us to kickstart the future!

The Dinky Digest is almost yours. Keep your eyes peeled for a confirmation email. If nothing appears in your inbox, check that your spam folder hasn't run off with it.

For a greater insight into what your DNA can do for you, join the Dinky Amigos to enjoy regular news, views and more.

Join us to kickstart the future!

The Dinky Digest is almost yours. Keep your eyes peeled for a confirmation email. If nothing appears in your inbox, check that your spam folder hasn't run off with it.