You are travelling through the countryside on your way to somewhere amazing. Maybe you have had this planned for a while. Maybe you decided to go on the spur of the moment. Either way you are looking forward to it.

But suddenly the vehicle you are travelling in breaks down.

You can see the problem – something has gone wrong. But what? If you are not a mechanic – and even if you are – you might not spot the cause of the breakdown immediately. You, or someone else, may have to do some investigation first.

The effect is obvious. The cause isn’t.

We see the same sort of thing all around us. Our planet is teaming with life. Why is there so much of it and why is it different? We can look at ourselves and our parents. We maybe similar, but not identical. We can see the evidence, but not the cause. 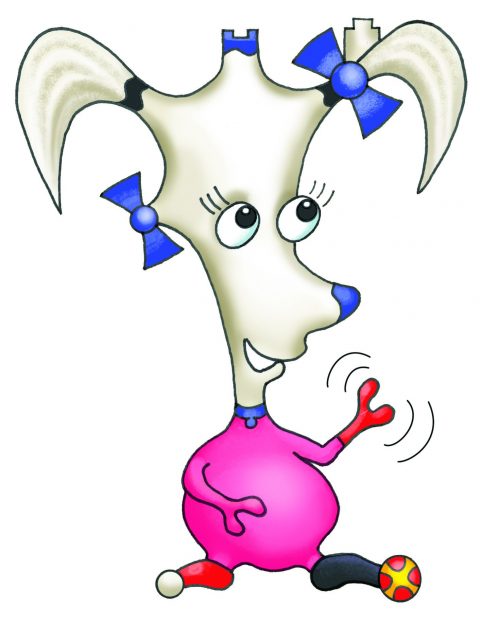 Hi, Alina here! Me and my friends and cousins make the rules and instructions for your body. We also make them for every other living thing out there. You might know us as DNA.  Our instructions are in the way we line up – or our sequence. We have been around since the beginning of life – billions of years ago.

We are the cause of that life.

But we are tiny. Really titchy tiny so no one can see us.

That’s not a problem for us, but it was for the scientists looking for us.

Everyone had the evidence. They could see that babies inherited certain traits from their parents.  Scientists could even see that some forms of life were related. But they didn’t know why it was happening.

There had to be something passing on instructions. But what?

Then exactly 150 years ago, a Swiss doctor called Friedrich Miescher found us.

His favourite place to look had been white blood cells (You have trillions of cells in your body with DNA in nearly every single one).

White blood cells are part of your immune system and help your body fight off an infection. If you have ever squeezed a yellow spot on your skin you will know what pus looks like. There are loads of white blood cells (called leukocytes) in pus.

Friedrich didn’t have that many spots, so instead he went to the local hospital to get bandages from infected patients – there was lots of pus on those!

He did plenty of experiments using a special kind of salt (sodium sulphate). Eventually he managed to separate us from the white blood cells where we lived.

What’s in a name?

The centre of the cell already had a Latin name – “nucleus”. Friedrich spoke German and searched for a name that would mean “the-thing-inside-the-nucleus”. He decided “Nuklein” would be perfect.

Scientists changed our name to Nukleinsäure (which translates into English as nucleic acid) and, as they found out more about us, to deoxyribonucleic acid – or DNA for short.

Friedrich Miescher had found us – but didn’t realise quite how important we were.  Because there are only four of us, he thought we were too simple to carry your instructions from one generation to the next. (Too simple! Didn’t he know all the best things are simple?)

It would be nearly 100 years later that scientists realised it really was us. We really were the instructions for life and could be passed down from parent to child.

Now they know about us, scientists have even been able to work out which of us make which instructions. They are using us to make better medicine, engineer better machines and they will even be sending us into space!

Thanks to Friedrich Miescher,  DNA is now the word on everyone’s lips and we are famous!